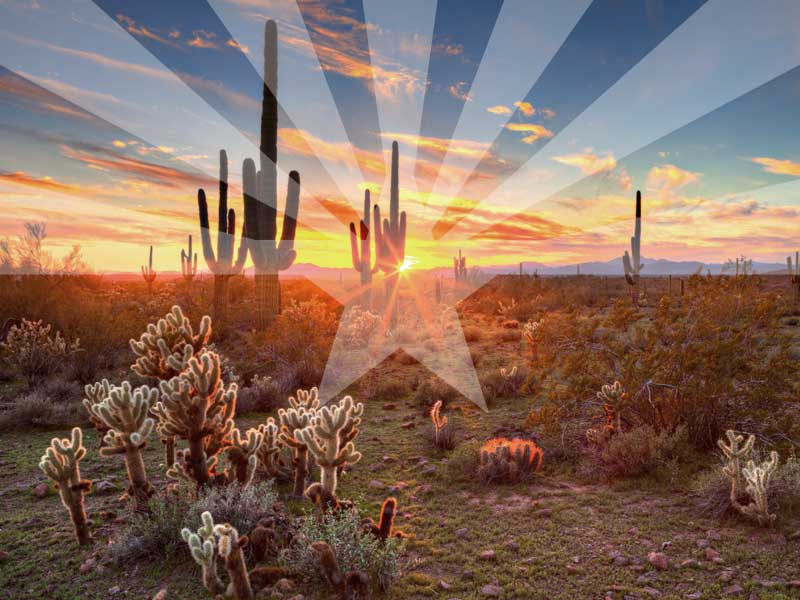 How often do you experience an emergency? Monthly? Weekly? Every day? More than likely, it’s pretty uncommon—as it should be.

Maybe someone should tell the government. Because it seems like every time you read the news, some government official is declaring a new “state of emergency.” But these declarations stopped looking like real emergencies long ago. And this past year in the midst of COVID-19, it’s gotten out of control. This is especially true in cities and counties across Arizona, where officials are using emergency orders to beat up on local citizens.

One year ago, words like “masks,” “lockdowns,” and “social distancing” weren’t a part of our regular vocabulary. But then COVID hit the United States, and local officials seized the opportunity to enact closures and mandates that did little to address the pandemic.

Flagstaff Mayor Coral Evans was among the first to make a power grab, limiting dining at restaurants and closing most gathering places.

And in March, then Gilbert Mayor Jenn Daniels rushed to close park playgrounds and sport courts without a single case of the virus in town. Just a few months later, she followed that up with a mask mandate. This was at the same time Maricopa County, of which Gilbert is a part, issued its own mask mandate.

Meanwhile Scottsdale residents have likely been experiencing mask-mandate whiplash. They had to deal with a mask mandate in June that was rescinded in September and then reinstated this January, one day after Mayor David Ortega was sworn into office.

And then there’s Pima County. In December, officials there announced a daily COVID curfew from 10 p.m until 5 a.m. Because apparently the virus only comes out at night? Thankfully, a Superior Court judge issued a temporary restraining order halting enforcement of the curfew earlier this month. But it didn’t take long before Pima County filed an appeal.

And while COVID is an issue that may warrant some action (which should NOT include crushing small business or trampling on our rights), did you know that some cities in our state are starting to use these powers to declare “climate emergencies”?

Emergency orders for the climate

Let’s start with Flagstaff, who as we mentioned earlier, leapt at the opportunity to use emergency orders after COVID hit. But officials didn’t stop there. In June, the Flagstaff City Council actually declared a climate emergency as well. And right now, they are using this radical declaration to impose a slew of extreme Green New Deal mandates that will destroy businesses, cost taxpayers a fortune, and likely violate state law. You can read all about their plans right here.

Maybe these officials should stop and read state law. After all, several years ago Arizona passed Proposition 207, which protects property owners from any land use law by cities that devalue their property. Passing ordinances that put a bunch of mandates on property owners without their consent, even under a so-called “climate emergency,” is a violation of this law.

And that brings us back to Tucson, which of course is within Pima County. This January, Tucson Mayor Regina Romero and the city council followed Flagstaff’s lead, declaring a “climate emergency.” And now they are proceeding with a plan to make Tucson carbon neutral within the next decade.

But does any of this sound like a real emergency?

It’s time for the legislature to act

These emergency orders have gotten out of control in our state. Too many government officials are abusing their powers. And in the process, they are crushing local citizens, destroying small businesses, and pushing the Green New Deal.

But that’s not what emergency orders are for. Emergency orders should be used for real emergencies. That’s why this level of government overreach needs to stop.

Now, it’s time for the legislature to act and put an end to these types of emergency declarations. Otherwise, local citizens will be paying the price for years to come.