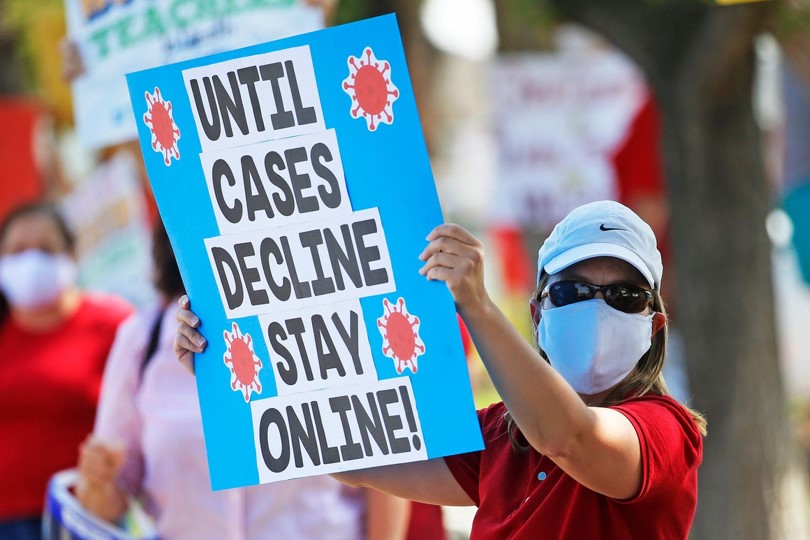 The Game Has Changed For The Education Debate in Arizona

The narrative around education funding in Arizona has been dominated by the K-12 establishment, teachers’ unions, and their cheerleaders in the mainstream media.  For years they have told the public, despite billions in new education funding pouring in the past several years, that schools remain woefully underfunded. Sadly, this has resulted in a bidding war with the K-12 lobby on how much more to spend, regardless of educational results or accountability.

That prevailing narrative has now hit a brick wall.  The Arizona education lobby and their out-of-state special interest friends cashed in all their chips for Proposition 208 – the largest tax increase in Arizona history.  They were able to convince a bare majority of voters to pass it.  And now they have a real problem.

Proponents promised that Prop 208 would restore our state to “pre-recession” funding levels, the watermark they use to define the ever-nebulous “fully funded” concept.  The architects of Prop 208 claimed that its passage would pump a $1Billion into the K-12 system.  Based upon what they promised Arizona voters, our schools are now fully funded.

Despite opponents of the measure sounding the alarm on the devastating effects Prop 208 would have on our economy, advocates assured voters it did not impact small businesses and would not drive high-income earners and job creators out of the state.

But that is exactly what it is doing.  Inevitably, Proposition 208 will not generate the revenues they promised voters, leaving proponents in an awkward position.  They asked voters to pass this to “fully fund” education, knowing full well it would not generate the revenues they “projected” and they would be back asking for more money.  Some people call that a bait and switch.

This crisis in credibility is sure to be at odds with lawmakers this legislative session when the education community predictably demands more money, being unsatisfied with gobbling up 52 percent of the entirety of the state’s budget.  However, they have a second glaring problem divorced from the soon to be public revelation that they lied throughout the entirety of the Prop 208 campaign.

There is an exodus of students from the district schools and no one knows if these students are ever returning.  Since the pandemic, public schools have seen a 5 percent decline, while enrollment in Empowerment Scholarship Accounts, which allows parents to use their tax dollars to homeschool or choose an alternative learning solution for their children, has exploded.

Understandably, the school districts have always enjoyed natural sympathies from parents who support their children’s schools and teachers.  But that implicit trust has been cracking under COVID as teachers’ unions threatened to strike if schools reopened in the Fall, school boards vacillated between distance and in-person learning, and schools opened daycares but not classrooms.  Parents were left with no other alternative but to seek out better options for their kids.

Since funding levels are tied to student enrollment, the education lobby will have to explain why they should receive more money when fewer families are choosing their product, especially when they have already secured their big bucket of money from Prop 208.

The passage of Prop 208 and the fracturing of the trust between the public schools and families have changed the framework of the debate around education in our state.  For the 2021 legislative session, that means the conversation will not center around how many unaccountable dollars can be poured into the K-12 system.  Rather – it is likely the session will be dominated by two prevailing policies – backpack funding and expanding school choice.  And this is very good news for the kids of Arizona and for taxpayers. 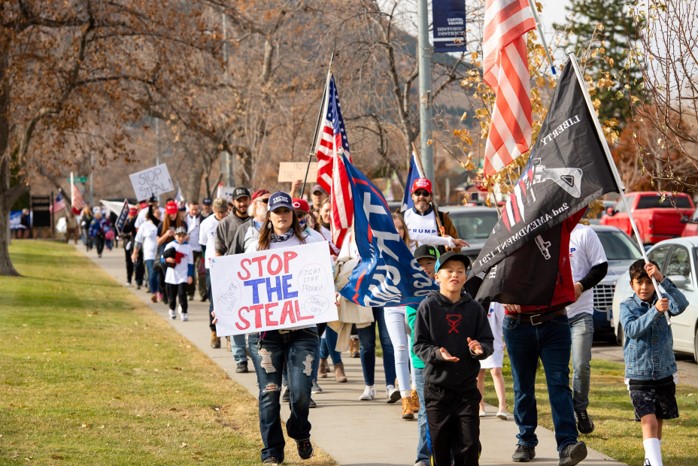 Addressing Election Integrity in Arizona for 2020 and Beyond

Fresh off the heels of a ten-hour public forum in which several Arizona lawmakers and President Trump’s legal team—led by attorney Rudy Giuliani—discussed potential irregularities and fraud with the Presidential election results, State leadership is facing extreme pressure to hold a formal legislative hearing and overturn the certification of the 2020 elections in Arizona.

There are several key takeaways lawmakers and patriots alike should consider from the events that have transpired as we chart a path to move forward.

The fact is approximately half of the American population has lost faith in our election system.  This is a democratic crisis that left unattended will irreparably damage our republic.

Regardless of the scope or degree election fraud played in the outcome of the 2020 Presidential election, only a comprehensive review and debate on a state-by-state basis will uncover these facts and, more importantly, mend the broken fidelity between millions of voters and the promise of free and fair elections.

Calls for action by leaders such as Congressman Andy Biggs to conduct a full audit are appropriate and dire.  As the states most under scrutiny – Pennsylvania, Michigan, Wisconsin and Arizona—move forward on the certification process, they owe it to the public to investigate every aspect of how the elections were executed and make these proceedings and findings available for public consumption. Full transparency is critical.

Election fraud occurs.  It has been well documented.  Whether that takes the form of holding raffles and giving away gift cards in exchange for votes in Nevada, ballot harvesting in North Carolina, or a Judge caught taking bribes to stuff the ballot box in Philadelphia, election fraud exists and is a real problem.

Yet despite decades of evidence, it has been irritating to watch the media, which trafficked absurd Russian collusion conspiracy theories, election “hacking” claims by the Clintons and lionized Stacey Abrams, now harrumphing anyone that raises concerns about voter fraud. Legacy media should be the last people questioning the credibility of election fraud concerns when they have zero credibility themselves.

So as the process moves forward, the Club believes the Trump campaign has a right to and should exhaust all legal remedies to investigate and review the results of the 2020 election.

In the last few years, Arizona has taken some steps to reduce the more nefarious methods of voter fraud. A ban on ballot harvesting (which Democrats at the time claim didn’t exist), reducing the abuse of “emergency” voting centers and enhanced voter ID laws have improved the process.

However, Arizona still has work to do, and additional reforms must be prioritized by the legislature.  Areas of reform include additional transparency and oversight on vote tabulation, Permanent Early Voter List (PEVL) fixes and enhanced scrubbing of our voter rolls to remove non-eligible voters from our lists.

Election integrity continues to be a priority for the Club and we support legislative efforts that improve the credibility, transparency and security of our elections.  This year’s session will no doubt be ripe for many of these reforms that have failed to pass in recent years.

4. Conservatives Must Continue to Fight

Arizona has some work to do to improve our elections systems.  However, concerns over election fraud cannot be used as an excuse to not engage politically or ignore that Democrats have made gains in the state.  The thinning Republican majorities at the legislature have not been garnered through vote rigging.  Irrespective of the 2020 election outcome, our focus must be on building our movement and growing our numbers so that we can win outside the margin of cheating.

And above all else, we MUST continue to fight. Right now, Donald Trump’s campaign team is in Georgia to help Kelly Loeffler and David Purdue win their races and retain the Senate Majority. In fact, Donald Trump himself is planning a visit to the state this weekend, despite concerns over voter fraud. If Trump is not throwing in the towel, then neither should conservatives.