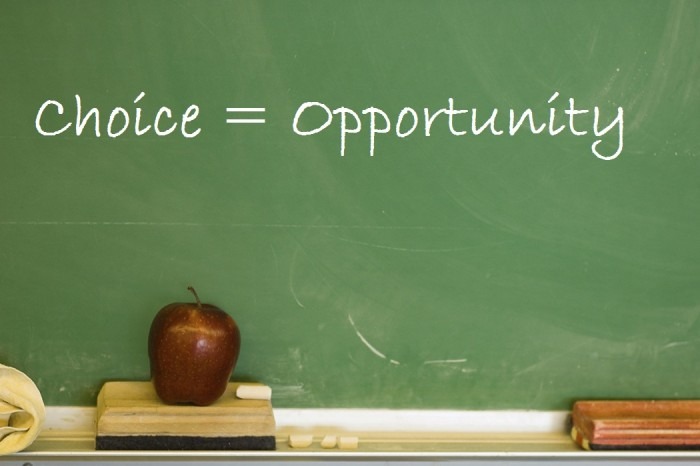 If you answered 52,848, you’re correct! Congratulations and give yourself a pat on the back because your math skills are far superior to those of Save Our Schools (SOS) and the rest of Arizona’s teachers’ unions.

On Friday, SOS Executive Director Beth Lewis boldly proclaimed—with all the confidence in the world—that the wall of boxes she was standing in front of contained the signatures of 141,714 Arizona voters who supported a ballot initiative aimed at overturning universal Empowerment Scholarship Accounts (ESA) in Arizona. She was giddy. Her supporters cheered. SOS declared blocking universal school choice for all a “historic victory.” And corporate media jumped on the opportunity to push their narrative, accepting everything SOS said at face value.

But there was a problem. And that’s where simple math comes into play.

An open records request by Christine Accurso, who led the Decline to Sign movement, showed that SOS fudged the numbers. And the Goldwater Institute revealed that the group only submitted 88,866 total signatures, well short of their initial declaration and the 118,843 needed to repeal the new ESA law via ballot referendum.

Certainly, things are moving fast when you’re gathering signatures and rushing to hit a deadline. Petition gathering is difficult, so it’s not out of the ordinary to be a little off on your initial estimate. But to miss the mark by more than 52,000?!? They weren’t even close!!!

Once their faulty math was exposed, SOS scrambled to make excuses for their debacle. And once again, members of corporate media like Joe Dana were quick to do their bidding and try to soften the blow. The group claimed that their faulty counts were “necessarily estimates” in the overwhelming final days of their campaign. And after backpedaling on her signature count, Beth Lewis couldn’t help but share, “This is not us being hacks, this is us being volunteers with our hair on fire.”

Can you see through the lies yet? They lied about their numbers. They fooled their supporters into believing they were victorious. And then Beth calls herself a volunteer despite the fact that she’s the paid executive director of Save Our Schools.

None of these people should by anywhere near our schools with their common core math, yet these rabid school choice opponents are heralded by the media as the leading “experts” to improve K-12 education. It’s no wonder why a majority of Arizona students continue to fail statewide testing. To SOS and the teachers’ unions, indoctrinating students with their latest woke curriculum will always matter more than teaching kids reading, writing, and arithmetic.

In the aftermath of this nonsense, students and parents are left to deal with the real-world consequences. The new ESA law is now blocked while Secretary of State Katie Hobbs takes her sweet time counting the number of signatures that we already know has fallen short. And taxpayers get to fund this work as her office processes this charade.

But Katie can’t run and hide from this one. It’s only a matter of time until the process reveals the truth we already know. Save Our Schools wasn’t even close in its bid to upend school choice in Arizona. This is a huge victory for parents throughout our state. And it just goes to show, once again, why the Decline to Sign Movement to defend school choice is the perfect example of how to fight back against the Left.