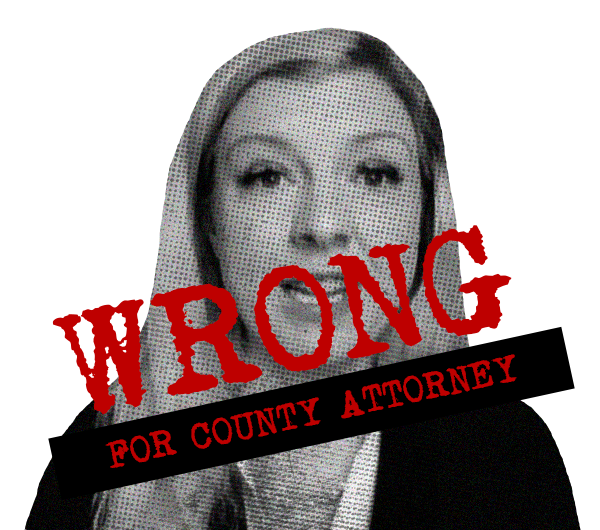 Watching American cities devolve into daily riots and chaos has spooked most voters, even those sympathetic to the idea of police reforms. Recent polling shows that residents in riot-torn cities such as Portland overwhelmingly support a crackdown by police, and that nearly half of likely voters are worried that violent protests will come to their communities.

These results are unsurprising—most people don’t like seeing their communities burned to the ground. They like their local law enforcement officials and prefer that violent criminals are punished for their actions.

Yet here in Maricopa County voters will be deciding in less than a week whether they elect a County Attorney that sees Portland as a cautionary tale or as a model for Arizona to adopt. On one side is Allister Adel, the current County Attorney who has adopted a tough but fair approach toward criminal justice.

Her challenger is Julie Gunnigle, a radical democrat with a checkered past as a front-line prosecutor that believes that we need to reimagine how the County Attorney office should operate.

What would Maricopa County look like if Gunnigle is elected?

This is just a sample of Julie Gunnigle’s platform, and demonstrates why she is completely unfit to be Maricopa County Attorney. Her only path to victory is if voters remain in the dark about her extreme jailbreak positions while George Soros and the ACLU spend millions attempting to trick voters into believing she is a mainstream candidate. Don’t be fooled.

Julie Gunnigle must be stopped, which is why the Club was the first outlet to go public exposing her extreme agenda.

And now with less than a week before the election, we urge everyone to reject Gunnigle’s lawless agenda by supporting Allister Adel, a law and order candidate for County Attorney who won’t turn the Phoenix Metro area over to the mob.