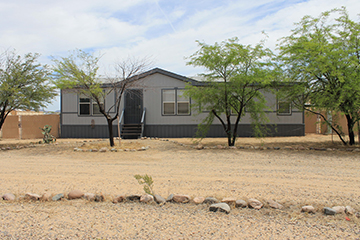 Today the Arizona Free Enterprise Club released a new study evaluating the cost of Low-Income Housing Tax Credits (LIHTC) in Arizona and Washington and how LIHTC have performed compared to other government backed housing affordability programs. The review determined that in both states, LIHTC have led to a significant increase in the cost of development and construction when compared to similar market rate housing.

In his analysis, economist Everett Stamm determined that a “lack of oversight and transparency, requirements to pay higher wages and inadequate cost control measures all attribute to the higher development costs” associated with LIHTC.  Stamm concludes that even if proper reforms were implemented with LIHTC, other tenant-based programs, such as the Housing Choice Voucher Program, are better suited to provide housing for low income residents than LIHTC.

Evidence that LIHTC drive up construction costs and fail to keep housing affordable add to the list of concerns that exist with the program. “There is ample evidence, both from the Government Accountability Office and the US Department of Justice, that the Low-Income Housing tax Credit Program has been rampant with fraud and other criminal activity and lacks basic oversight to determine any tangible benefits,” said Scot Mussi, President of the Arizona Free Enterprise Club.

“If the legislature is serious about addressing housing affordability, they should look at options that are tenant based and that drive down the cost of construction. Low income housing tax credits accomplish exactly the opposite,” Mussi continued.

In Arizona, there is currently a proposal to spend $8 Million to expand the LIHTC program, which is being aggressively pushed by developers and investors that will financially benefit from the tax credits.

The complete study by the Club on LIHTC can be viewed by clicking HERE.