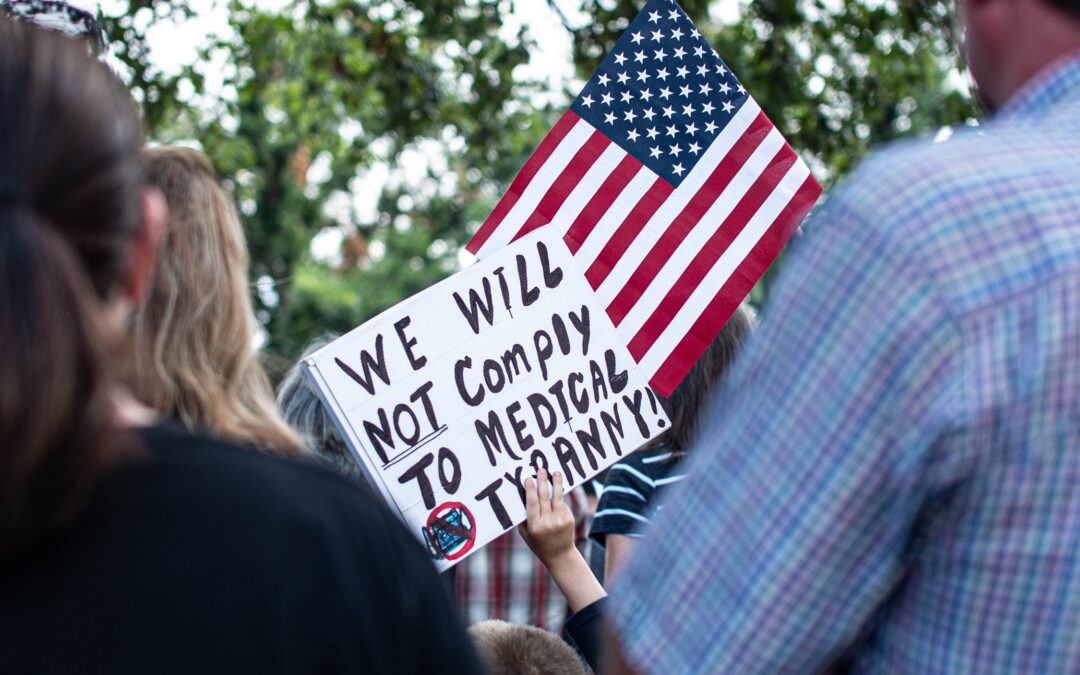 It felt like we were heading this direction for quite some time. Well, here we are. Last week, President Biden made an outrageous announcement. Any employer that has 100 or more employees will be required to mandate vaccines. Not only is this a blatant abuse of power, but it ignores the fact that issues like this are supposed to be left to states.

And Arizona’s lawmakers, who were elected by the people, did address this back in July, taking keep steps to protect our state from more COVID overreach. In particular, the state legislature passed SB1819, which includes a provision that amends the ability of the state to require vaccination during a public health emergency to allow for an individual to refuse vaccination based on their personal beliefs.

But apparently, our president—or is he our king now—does not care one bit about your freedom or personal choice.

Instead, King Biden would rather maneuver around the U.S. Constitution and use the Occupational Safety and Health Administration (OSHA) to establish this ridiculous “emergency workplace safety rule.”

Remember when this was just about “flattening the curve”? It wasn’t that long ago.

And it also wasn’t that long ago when then-Senator Kamala Harris said she would not take the vaccine if President Trump mandated it. This administration can’t even get its own talking points straight. Or maybe that’s just something else they don’t care about.

But there is something they do want: to take away more of your freedoms. That’s why the Arizona Free Enterprise Club jumped into action immediately. For the past week, we’ve been urging Arizona Attorney General Mark Brnovich to sue the Biden administration. This vaccine mandate will affect more than 100 million Americans. And it is one of the most extreme infringements on both businesses and individual rights in U.S. history.

No free people should ever be compelled by force of government into certain medical decisions they disagree with.

Thankfully, earlier this week, Brnovich did take action, making Arizona the first state to file a lawsuit against the Biden administration over the unconstitutional vaccine mandate.

While this is an important step, it’s not enough. We need to do more to fight this.

That’s why the Club is now urging the Arizona state legislature and Governor Ducey to call a special session. And during that session, it’s essential that our lawmakers do two things:

Vaccines should always be voluntary and never be forced, which is why our lawmakers cannot afford to wait. By protecting Arizona’s companies, they can give these businesses the fuel they need to stand strong against the Biden administration. And they’ll show the people of Arizona that there are some elected leaders who do care about their freedom and personal choice.

Governor Ducey and Arizona’s legislators MUST fight back to protect Arizonans from Biden’s UNCONSTITUTIONAL vaccine mandates! And it’s critical that they hear from YOU. No free people should ever be compelled by force of government into certain medical decisions they disagree with.

By signing this petition, you will send a direct message to Arizona’s lawmakers that you want them to act immediately against Biden’s unconstitutional vaccine mandates by calling a special session to protect Arizona’s employers and employees. You can do so instantly by using the button below. (The process is simple and secure. And it will only take a minute of your time.)