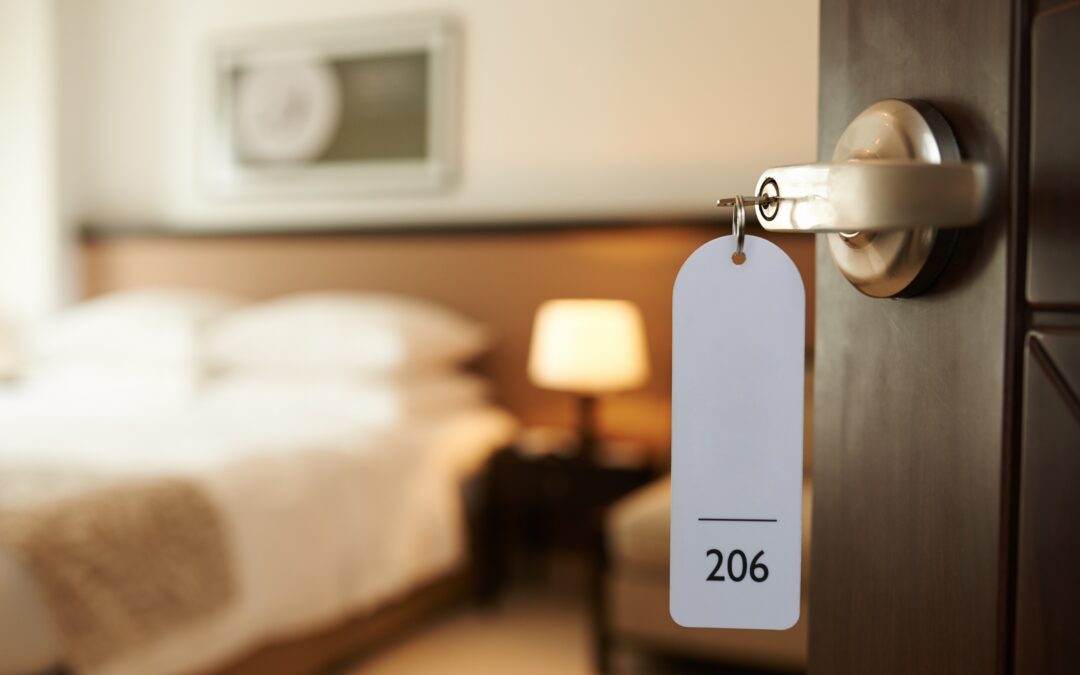 If you’ve tried to book a room at the Suites on Scottsdale (formerly known as Homewood Suites) since May 24, you’ve probably been left frustrated. All the rooms are currently listed as “Not Available” through the rest of the year.

A normal person would likely assume that this is because the hotel is going out of business. But that’s not the case. Instead, the hotel was secretly converted into a makeshift migrant shelter by the Biden administration almost overnight.

In this recent shady move, the Department of Homeland Security (DHS) and the U.S. Immigration and Customs Enforcement (ICE) paid “Family Endeavors” $86.9 million in a no-bid contract through September 30 to house more than 1,200 migrants at a time in Arizona and Texas. (And in case you’re keeping track, the group also received a second no-bid contract from the Biden administration for $530 million in April.)

That comes out to $352 per bed per day of your hard-earned tax dollars.

While hotel rooms in Scottsdale can certainly be expensive, those rates tend to drop significantly in the summer months. It doesn’t take more than a few seconds to do a search that produces a long list of rooms (not just beds) available at hotels in Scottsdale for $75-$150 a night. That’s because people don’t usually flock to Scottsdale when the forecast says it will be 117 degrees on June 15.

But the outrageous no-bid contracts and extravagant bed rates aren’t the only problem.

ICE and DHS didn’t inform the city of Scottsdale about any of this until the day before. And while it’s still unclear if this arrangement is aligned with the franchise agreement and Scottsdale zoning codes, the location itself is a complete nightmare. This immigrant detention center is located next to an apartment complex and senior living facility, across the street from a residential neighborhood, less than a block from a high school, less than a mile from a preschool, and less than two miles from a middle school.

That’s right. The Biden administration didn’t see any issue with putting a low security prison on Scottsdale Road with easy access to children and the elderly!

But what do you expect? After all, this administration refuses to take any sort of responsibility for failing to control the growing crisis on the southwest border. And even though Homeland Security Secretary Alejandro Mayorkas admits that, “We are on pace to encounter more individuals on the southwest border than we have in the last 20 years,” Vice President Kamala Harris still hasn’t visited the border.

Thankfully, some Arizona residents have had enough. Hundreds began protesting last week to share their concerns with the federal government. And they should continue to do so. It is vital to put pressure on the Biden administration to reverse this move.

But along with that, it’s also time to put direct pressure on our congressional delegation. Senators Kyrsten Sinema and Mark Kelly need to stand up to the Biden administration and tell them to stop housing illegal immigrants in the middle of our communities with children, families, and seniors!

After all, flooding a suburban area with migrants not only poses serious public health and safety risks, but it signals to the rest of the world that our southern border is wide open.

Tell Senators Sinema and Kelly to stand up to the Biden administration and stop housing illegal immigrants in the middle of our communities.